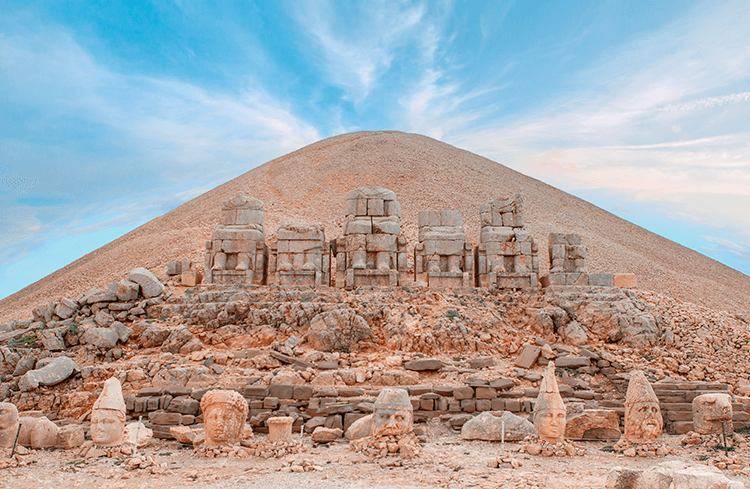 Turkey’s history is incredibly complicated and immensely diverse. Turkey is waiting for you to visit and uncover the secrets of its ancient history. With ancient archaeological sites like Gobeklitepe, mythological towns like Hattusa, whose secrets are still being revealed, and well-known ancient cities like Ephesus, Pergamon, and Troy. Whether you want to take a leisurely boat tour of ancient remains like the sunken city of Kekova in the Mediterranean or Olympos further inland. Türkiye and her historical tales are waiting for you if you are an avid explorer determined to discover as much as possible about the ancients of Catalhoyuk.

Apply for a turkey visa online, pack your bags and book a flight is all necessary to begin a fantastic vacation.

The most significant city in the Roman Empire outside of Rome was Ephesus. The city of Asia Minor’s capital was wealthy, flourishing, and highly educated. Most tourists consider Ephesus a must-see because of the reconstructed Library of Celsus, a large amphitheatre, the Temple of Artemis, an Odeon, and essential locations in Christian history. The ancient city of Ephesus is a short-day excursion from the Aegean coast, not far from present-day Izmir.

The Hittite people once called Hattusa their capital. The Hattusa site, which was initially thought to be nothing more than a myth, was found in the late 1800s. Archaeologists are still excavating here as they make great efforts to understand the people who lived here. Hattusa is situated in central Anatolia, some 200 kilometres east of Ankara, the country’s capital.

One of the greatest archaeological discoveries ever, Gobeklitepe, has been recognized for changing the course of human history. Gobeklitepe was initially identified in the 1960s and was given the UNESCO World Heritage Site designation in 2018. Excavation started in 1995, and discoveries show that Gobeklitepe is 12.000 years old and dated to the 10th–8th millennia BCE. Gobeklitepe, one of the oldest religious buildings, is considered the world’s first Temple. The location has a quarry and pillars with unique carvings, inscriptions, and sculptures that are considered part of a large main temple that may include 20 different temples. Some of the larger pillars found during the excavations at Gobeklitepe, which is close to the ancient city of Sanliurfa, are kept in the Sanliurfa Archaeology Museum.

Olympos is now a little beach town with plenty of bungalows and travellers. Olympos assisted in tying together towns all over the Mediterranean during the Lycian era by having access to a significant seaport. Although the city was abandoned in the 15th century, remnants of the town still exist. The region is now covered in vegetation, with trees thriving amid the Lycian ruins in the thriving city. Near Dalaman on the Mediterranean coast, Olympos is a paradise for adventure enthusiasts with access to the sea, diving, rock climbing, and more.

A unique excavation site can be found close to Kas on the Mediterranean coast called Kekova. It’s buried! Take a boat, then, rather than explore the city’s ruins! It is breathtaking to fly over the underwater remains of the ancient Lycian town of Dolchiste. In the 2nd century, a quake triggered some of the city to be lost. Day trips from Kas are simple and reasonably priced.

One of Turkey’s oldest buildings, Catalhoyuk, contains exquisite Neolithic rock carvings and paintings. Excavations are still being on at this location, just found in the 1950s, to help us learn more about the building and its function. Near the east of Konya is the city of Catalhoyuk.

One of Turkey’s most fascinating and spectacular archaeological sites is Mount Nemrut. Mt. Nemrut is a Hierothesion, or temple-tomb and home of the Gods that King Antiochus I of Means nearly constructed during the Hellenistic era to honour himself in life and death. In addition to statues of gods and inscriptions that illustrate Antiochos’ history and stories with Greek and Persian roots, this huge monument also has statues of an eagle and a lion, which are thought to be the site’s guardians. Mt. Nemrut is a must-see archaeological site that is situated in eastern Anatolia.

In his renowned Illiad, which recounts the Trojan War, Homer mentions Troy. This site dates to 3000 BC and has a wall, gate, and watchtower remains that show it once had fortifications. The property is close to Canakkale and is easily reachable from neighbouring towns.

Pergamon, the capital of its own Kingdom of Pergamon, was an influential metropolis during the Hellenistic era. The ruins of this ancient city, which dates to the third century BC, contain a theatre carved out of the hillside and signs of temples, bath complexes, and other structures near the contemporary settlement of Bergama.