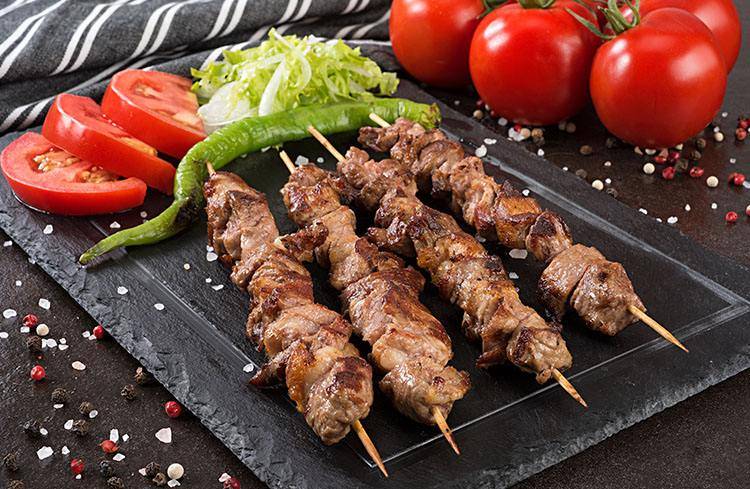 List of Most Famous Turkish Kebabs That Tempt Your Tastebuds

List of Most Famous Turkish Kebabs That Tempt Your Tastebuds

Kebabs are eaten in many countries worldwide, so what does the word “kebab” even mean? In essence, it’s a method of combining several types of beef meals. They are typically roasted on a spit or a skewer. According to some evidence, the name “Turkish” originally meant “grilled meat” and came from the ancient Turkic languages, which were derived partly from Arabic. We’ll list a few kebabs that will quickly become your favourites from the wide variety of kebabs available in Turkish kebab restaurants.

The most popular type of kebab is marinated lamb or beef cooked on a skewer known as a “shish,” or şiş in Turkish. When cooking with them, vegetables are sometimes included. Popular veggies include eggplant, tomato, bell pepper, onions, pickles, and mushrooms.

This and a traditional shish kebab are similar. The only real difference is that the skewers are made of wood rather than iron, but the types of marinades, meats, and vegetables used are the same. Although Cöp şiş, which translates to “rubbish shish,” frequently has more minor cuts of beef & fewer veggies, its flavour is anything from mocking! Usually fatty, the smaller chunks of meat are mashed with tomato and garlic before being mixed with spices. More minor cuts result in crispier kebabs than larger ones. They’re frequently served as starters before an enormous kebab dinner.

Although they are featured as two distinct variants on any given menu, Adana is a hotter variation of the Urfa Kebab. The southeast region of Turkey is thought to produce the best kebab dishes (among many other cuisines), and Urfa and Adana are two of the region’s most famous cities in this region.

Both kebabs mix ground beef and lamb with onion, garlic, and local spices before hand-packing on a shish. The main difference between Urfa and Adana kebabs is in the spices, with Urfa using paprika and other milder spices (such as oregano & cumin) that still burst with flavour without being overly spicy. Adana kebabs use red pepper flakes. You can see a hole right through the middle when the meat is cooked because the dripping fat glues the heart together.

Other grilled veggies are typically served with the kebabs, although on a different shish than the kebab.

Iskender is hugely well-liked, especially in Istanbul and Bursa, where the kebab was first created. The Turkish moniker “Iskender” (which translates to “Alexander”) honours the chef from Bursa who is credited with creating the spinning kebab known as the Döner.

Iskender kebab is made by slicing off pieces of döner kebab and placing them on little squares of pide bread. A spicy tomato sauce, creamy yoghurt, and melted cheese are next. It is frequently served with tomato and roasted peppers. One of the most substantial kebabs, it is delicious when the tastes all work together nicely.

We offer turkey visa online to Turkey for your desired tour, from romantic honeymoons to scenic self-drive road trips to significant destinations.