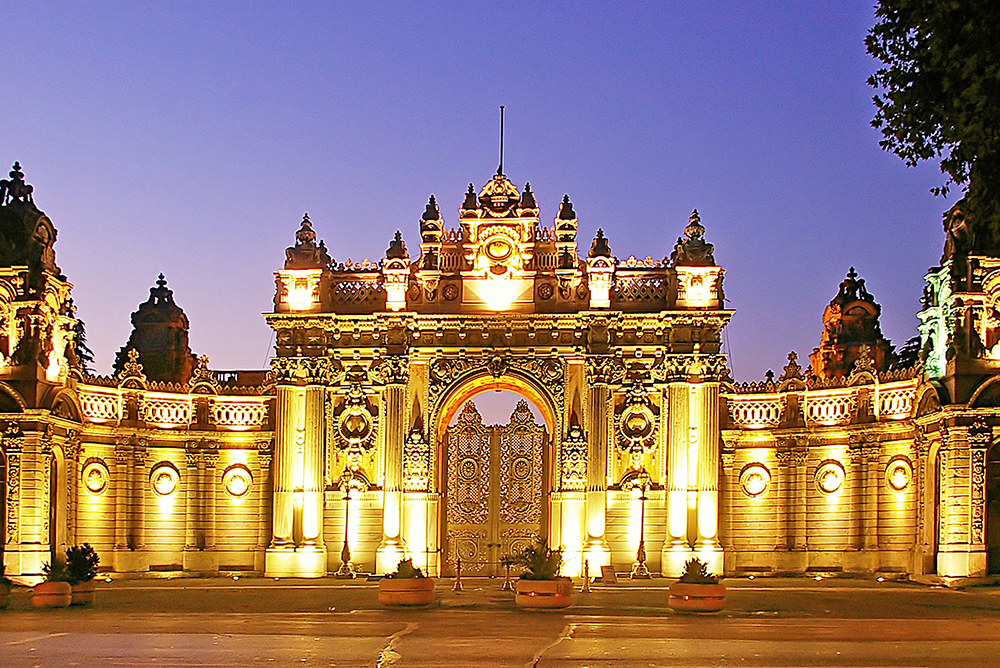 Dolmabahce Palace – The Heart of Istanbul

Dolmabahce Palace – The Heart of Istanbul

The Dolmabahce Palace is located on the Bosphorus Strait’s European side. Initially, the Ottoman navy used to park their ships in a small harbour. The seashore was filled and turned into a lovely garden with a couple of pavilions known as the Besiktas Waterfront Palace complex after the 17th century, where the sultans liked to relax and enjoy the views. If you wish to see the stunning scenery of this palace, apply for a turkey visa online now. Dolmabahce, by the way, literally means “full garden” in Turkish. Sultan Abdülmecid I ordered the construction of a new palace in 1843, removing the existing structures, and imperial architects Garabet and Nikogos Balyan completed the project in 1856. After Abdulmecid’s death, his successor used Dolmabahce as a subsidiary palace as a winter house, while Beylerbeyi Palace was used as a summer house. Only after two sultans, with sultan Mehmed V, did the imperial family return to the Dolmabahce, where they remained until the establishment of the Republic at the end of the War of Liberation. As a result of the Parliament’s decision to utilise Dolmabahce as a presidential palace, Atatürk resided there and welcomed international visitors during his travels to Istanbul. On November 10th 1938, he died at the palace, later converted into a museum in 1952.

It is a fantastic palace on the Bosphorus, with almost 110.000 square metres of structure on 250.000 square metres of ground. Administration quarters (Selamlik or Mabeyn-i Hümayun), Ceremonial Hall (Muayede Salonu), and Imperial Harem (Harem-i Hümayun) are the three main components of the palace. The sultan welcomed his important visitors and foreign politicians in the majestic Ceremonial Hall between the other two levels. The complex also includes imperial kitchens, Crown Prince chambers (Veliaht Dairesi), barracks, stables, pharmacy, flour mill, aviary (Kusluk), glass factory, foundry, plant house (Fidelik), greenhouse, carpet workshop, clock tower, and other structures. During the years, several of the smaller designs were destroyed or demolished. Treasury Gate (Hazine Kapisi) and Imperial Gate (Hazine Kapisi) are two enormous gates that lead to the administrative part’s central garden (although only one is open now) (Saltanat Kapisi).

In terms of function and luxury, the Mabeyn-i Hümayun (state apartments) is the most significant area. There is a spacious hall at the entry, a crystal staircase (railings), and other beautiful components to dazzle the guests. The Selamlik area also has a pair of big rooms upstairs with Hereke rugs, crystal chandeliers, and fireplaces, as well as a superb imperial Hamam, adorned with Egyptian alabaster.

The Ceremonial Hall is a massive square hall with a floor space of nearly 2.000 square metres and a ceiling height of 36 metres. It is embellished with a gigantic Hereke carpet and a 4,5-ton crystal chandelier gifted by Queen Victoria. It was here that important state and religious ceremonies were placed. Foreign diplomats were welcomed to religious rituals in the upper galleries, which were also utilised by the orchestra on exceptional occasions. Women were not permitted to attend these events, so they saw them via the windows of a long hallway that connected the Selamlik with the Harem and passed immediately above the Ceremonial Hall. The hall was heated by hot air blasted from the heating system at the bottom of 56 tall columns during the winter; it required around 3 days to heat the space before any ceremony properly.

A lengthy hallway connected the Harem to the Selamlik section, constantly monitored to ensure no one passed through. Any male, except the sultan himself and the eunuch slaves, was expressly forbidden from entering. Several rooms, bathrooms, and halls make up the Harem area. There were sultan’s suites, the Queen mother’s quarters (Valide Sultan), apartments for official wives, favourites (Gözde), and concubines (Cariye), as well as several education rooms for the sultan’s young children. The Crown Prince’s Palace was located right close to the Harem area.

Dolmabahce Palace is a two-story building with a basement. The exterior walls were made of local stone and marble, the inside walls were made of brick, and the floors were made of parquet wood. It is designed in a European neo-baroque style, representing the Ottoman tradition of the mid-nineteenth century. Except for the layout (traditional Turkish home symmetrical plan) and Turkish carpets, the inside furnishings are standard western style. Around 1910, electricity and central heating were introduced. 285 apartments, 46 reception halls and galleries, 6 Turkish baths (Hamam), and 68 bathrooms make up the palace. There are around 600 oil paintings in the collection.

Dolmabahce Mosque (or Bezm-i Alem Valide Sultan Mosque) was built near the palace at the same period, and the Clock Tower was built shortly after.

The cost of entry to Dolmabahce Palace is in Turkish Lira, with the Selamlik area costing 120 Lira and the Harem section costing 90 Lira each person. Free access for under the age of six. Smaller exhibitions and kiosks on the royal grounds are also subject to fees. Inside the palace buildings, no photography or filming is permitted. A guided tour takes place every 10-15 minutes during the visit. You may relax at one of the museum’s many cafes throughout your stay.

Private celebrations, such as large weddings, can now be held in the Ceremonial Hall and grounds.

Except for Mondays and the first day of religious holidays, the museum is open every day from 9:00 A.M to 4:00 P.M. Because the daily visitor capacity at Dolmabahce Palace is limited to 3.000 persons. The ticket office may close sooner owing to exceeding the daily ticket quota. This frequently happens during the busy season.

Please be aware that museum entry fees, opening hours, and days of closure may vary without notice and that a museum or area may be closed for repairs. You can phone the museum directly (the country code for Turkey is +90) or email me to double-check the closing days or opening timings. During the summer, the majority of museums have extended hours.

Hope to see you soon in Istanbul, so apply for a turkey e visa now.