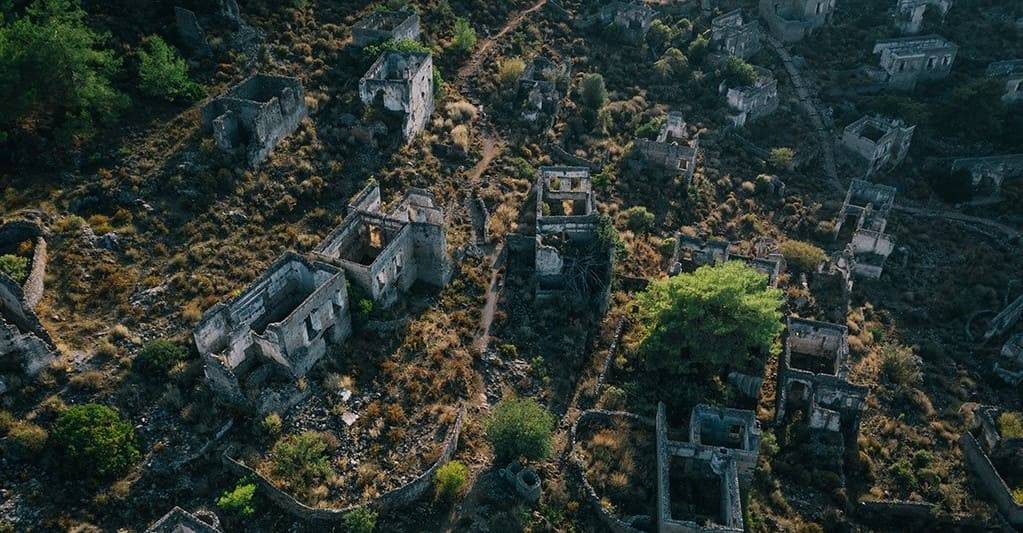 The aerial photos of Kayaköy show images of hundreds of roofless buildings encircled by the surrounding natural landscape, creating sad scenes. Due to the region’s significant recollections, it draws many tourists from within and beyond the nation. Greeks and Turks coexisted peacefully here during the trying times of World War I, and it was challenging for them to leave their neighbours and the place where they were born and raised. The village eventually became a “Ghost Village,” a moniker it has held onto for nearly a century, as the houses were gradually abandoned. Without a doubt, their seriousness and quiet in the pastoral scene will move you. These houses conjure up some sad images. You will eat figs by the handful in the garden of vacant homes. Respect and compassion should be shown towards those who planted the fig tree because they might have to leave before seeing their fruits grow.

We offer turkey visa online to Turkey for your desired tour, from romantic honeymoons to stunning self-drive road trips to significant destinations.

A village called Kayaköy may be found in the park’s northwest. You must first arrive at Mula’s Fethiye district before travelling to Kayaköy. Fethiye is a beautiful city to visit and stay in. You could get a minibus that departs from Olüdeniz Hisarönü to get you to Kayaköy. The distance of 4.5 kilometres by car from Hisarönü takes about 8 minutes. Although Kayaköy is not on the coast, it is only a 15-minute drive to some stunning coves. To go to Kayaköy, you must go through the dining area next to the ticket booth. In the summer, Kayaköy is open every day of the week from 9:00 until 20:00.

Unaware of Kayaköy’s past can make your journey feel a little incomplete. You will feel much more after reading its story and visiting this place than simply viewing a rock. You can see the historical memories that remain by touching each stone. Karmylassos, located on the Teke Peninsula, belong to the ancient Lycian culture. The village faces a large plain with rock tombs and sarcophagi that shed light on its ancient history dating back to 3000 BC. At the end of the 19th century, a village called Telmessos, 8 kilometres south of Fethiye and formerly known as Telmessos, was built on top of Lycian ruins. In the area, some buildings supported a level of living, like churches and schools.

The community has also been reflected in popular culture! Russell Crowe, an internationally renowned Australian actor who co-starred with Cem Yilmaz and Yilmaz Erdogan in The Water Diviner (Last Hope), shot the movie’s last scenes at the Kayaköy. Filming started outside Kayaköy’s historic church. There were opportunities for locals to participate as extras in this fantastic movie. The story was about a guy who lost children during the Battle of Anakale and returned to Turkey in search of them. Foreign actors in the movie also used the horses and carriages available in the village for filming. Kayaköy was named a World Friendship and Peace Village by UNESCO. But it’s anticipated that only one-third of the historic town will be developed. In addition to the tourist attractions, a hotel is also being built

Kayaköy is a common stop in bike tours.

The Fethiye tour routes, which cyclists well favour throughout Turkey, include Kayaköy. While travelling, many cyclists pause at this village to take in the breathtaking combination of nature and history. This location is undoubtedly a fantastic choice for a vacation.

If you are looking for a beautiful escape to Kayaköy, apply for a turkey e visa online and visit Kayakoy in turkey once in a lifetime.