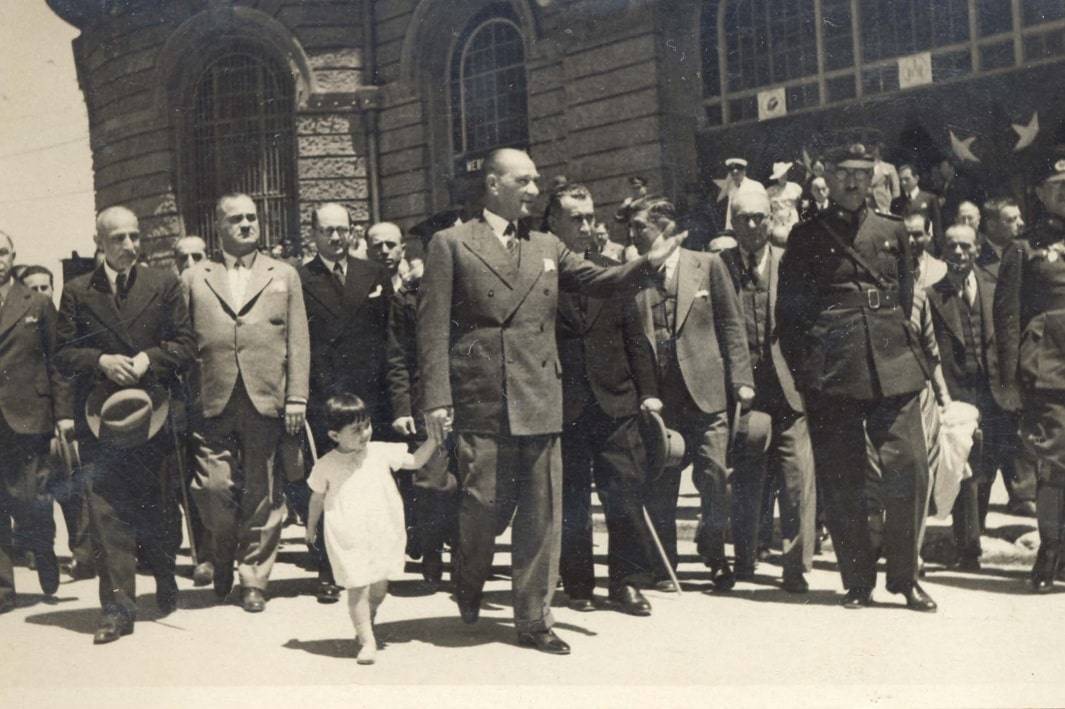 The Tale of The Turk Father (ATATÜRK)

The Tale of The Turk Father (ATATÜRK)

Many great leaders throughout history, including Napoleon Bonaparte, Fatih Sultan Mehmet, and many others, have left a lasting impression on their society and contributed to the development of entire countries.

The person who founded what is now known as the Turkish Republic, Mustafa Kemal Ataturk, is one of the leaders who has touched the hearts of millions of people.

Here is how this great leader’s story continued:

Mustafa Kemal Ataturk, or Mustafa Kemal Paşa as some refer to him. Thessaloniki, presently known as Thessaloniki and located in Greece, was known initially as Salonika and was the birthplace of a soldier, politician, author, and the first president of the Turkish Republic.

Mustafa Kemal was sent to military school when he was 12 years old, where he completed his education. After finishing school, he was sent to military school and enrolled as a soldier. Ataturk was one of the students who showed brilliance throughout his time in the military academy, and his teachers always had faith in his sharp mind and cunning. After receiving his diploma in 1905, Mustafa Kemal Ataturk entered the military.

Throughout his military career, Mustafa Kemal Ataturk participated in numerous wars. He fought in the wars against the Italians in Libya in 1911 and the Balkans in 1912 and 1913. In the Battle of Gallipoli, also known as the Dardanelles of World War I, he played a crucial part in ensuring the Ottoman-Turkish victory.

After the old Ottoman Empire was destroyed and collapsed, Mustafa Kemal Ataturk led the Turkish National Movement, which rejected the division of Turkey’s mainland between allied nations and set up a provisional administration in Ankara, the country’s capital. The war that followed was known as the War of Independence because he could defeat the allied powers’ forces and preserve his government. After continuing to drive out the remaining Ottoman soldiers from Turkey, Mustafa Kemal Ataturk formally declared the Turkish Republic’s foundation in 1923.

Upon taking office as the first president of the Turkish Republic, Ataturk began a solid political, economic, and cultural reform program to create a modern, democratic country; yes, he succeeded in transforming his country into a progressive nation-state. Millions of schools were built by the father of the Turks, who also made primary education accessible and required. He changed the Ottoman Arabic alphabet to the Latinized Turkish Alphabet, restoring women’s rights.

He pressured people with non-Turkish names and surnames to change them to Turkish versions during his time, and he treated the process of Turkicization seriously. Who also pressured non-Turkish minorities to speak Turkish.

Under the direction of Mustafa Kemal Ataturk, the Turkish Republic slowly but steadily carved out a significant place for itself in the world’s society, be it in the economy, politics, military, or culture. The people of Turkey quickly rose to their feet once more and joined together to create a united, strong country.

Sadly, Mustafa Kemal Ataturk began to notice in 1937 that his health was failing, and in 1938, when visiting Yalova City, he became seriously ill. He was immediately transported to Istanbul City for treatment. He was given the diagnosis with liver cirrhosis following several medical tests. Ataturk made an effort to live out his last days in the same manner as his life, but he passed away on November 10, 1938, in the Dolmabahce palace, where he had spent his final years.

The time is still set at 9:05 AM on the clock in the bedroom where he passed away, which is stopped.

After 15 years had passed since Ataturk’s passing, his remains were transferred from the Ethnography Museum of Ankara to the tomb that overlooks the city in 1953.

Ataturk stipulated in his will that he would leave all of his assets to the Republican Party, with the annual interest going to his sister and her adopted children, the Turkish Language Association, and his closest friend Ismet Inonu’s children.

Throughout the years, Mustafa Kemal Ataturk built a unique and prosperous country that could prove itself to the rest of the globe.

Visit TurkeyVisaOnline.com and apply for a Turkish visa online in groups or with your family and friends.