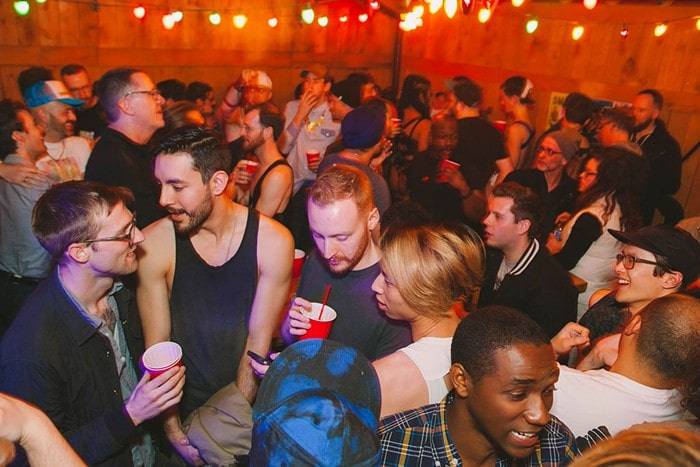 Although it is well known that Turkish society is generally conservative, this did not prevent the country’s LGBT community from recent growth. While some claim that Turkey’s LGBT community is denied its rights, others argue that it lives everyday life. Whatever the circumstances, Istanbul is a pleasant city where nothing can stop gay people from having a good time.

If you want to explore turkey in your style, visit TurkeyVisaOnline.com and apply for a turkey e visa in three simple steps.

Istanbul has more gay-friendly facilities now than it did in the past. Gays have access to bars, gyms, spas, cafes, restaurants, and beaches where they can have fun.

Around midnight, Istanbul’s gay nightlife is at its busiest. Although most gay nightclubs don’t get busy until after midnight, there is still a reasonable figure of gay bars and businesses that open up early. Like everywhere in Istanbul, LGBT bars and clubs seem busiest on Saturday nights. Even yet, Friday evenings are less active. While Monday is not a cool day in Istanbul because everyone is off to work and tired after a long Sunday night, bars get crowded on other days when there is a special event or occasion. Because most locals return to their hometowns to spend the summer holidays with their families, gay bars and clubs are also busier in the winter than in the summer.

Most gay bars and clubs don’t have darkly lit areas, and while physical contact is often looked upon and prohibited, kissing and hugging are frequently accepted and permitted.

BELOW ARE THE LIST OF GAY BARS, CAFES, & RESTAURANTS.

Located on Istiklal Street, it comes to life from midnight until two. The most well-known bar there may be Mor Kedi. It’s the pub that typically fills up before other gay bars, and while all ages are welcome, most of its customers are young.

Located on Istiklal Street and is also active from 20:00 until 2:00 in the morning. Pinky Bar is more of a late-night club with live music performances. The busiest days of the week at Pinokyo pub are Saturdays.

Located in Beyoglu, it comes to life from 21:00 to 1:00 a.m. Long ago, Turkish lesbians gathered there, but it slowly became a gay pub for men over time. After being closed for around 15 months, it reopened in the first quarter of 2017. They provide live performances and music, creating a more festive atmosphere.

Near the Galatasaray High School in Beyoglu, this area comes alive after 21:00. Serve guests as a quiet café during the day. Still, at roughly 9:30 p.m., it turns into a party bar by gradually turning up the music volume.

It is situated close to Taksim Square in Beyoglu. Compared to other loud pubs, Chaplin Cafe is a quieter place that attracts young gay men and women and offers affordable drinks and snacks. It also has a friendlier ambience where you can sit and chat with your friends.

It is situated in Taksim and gets lively at night. It is most likely the most well-known club in Turkey or perhaps Istanbul. The facility is large and can handle a large number of people. It also features an outdoor backyard where smokers may relax with a drink and a cigarette. Tokyo is not very crowded during the week, but it is highly bustling and crowded on Fridays and Saturdays. The drinks it offers are reasonably priced, the waiters are talkative and friendly, and the music is always loud due to the continuing live performances and dancers on the stage.

Cheeky is a unique kind of club situated in Tarlabasi next to Taksim. Only on Fridays and Saturdays, after other gay bars and clubs close, does it open. When other gay clubs close at 2:00 a.m. and 3:00 a.m., the client enters Club Cheeky to continue their good times. There are male and female gays, transvestites, and bears to be found. The club’s management strictly enforced entry fees, which cost around 15 Euros. You will have a good time at Istanbul’s rising number of gay bars and cafes.

In general, Istanbul has all kinds of facilities for all types of people, which is not surprising in a city that lured travellers from all over the world. Apply for a turkey visa online, pack your bags and book a flight is all necessary to begin a fantastic vacation.