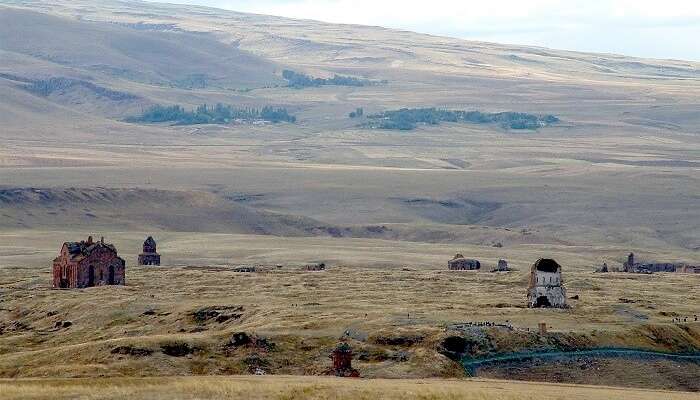 5 famous places to visit in Turkey this winter

5 famous places to visit in Turkey this winter

The flourishing tourism season in Turkey runs from May to October when thousands of visitors worldwide come to enjoy the Mediterranean lifestyle, lovely summer weather, and beautiful beaches. The tourism business slows down slightly outside of these months due to the short days and long nights, but it is far from lifeless.

While some may believe there are no benefits to visiting Turkey in the winter, low fees and fewer crowds are tempting. Turkeyvisaonline.com provides a turkey e visa and has prepared a list of the top 5 winter travel locations.

Everything is normal in Istanbul, the country’s largest city and a central business, banking, and tourism hub. All historical sites, like the Sultanahmet town’s UNESCO world heritage buildings, are open according to schedule, and places like the Grand Bazaar see a strong trade from locals so that business will continue.

A visit during the New Year will also introduce you to street celebrations in the style of Istanbul and a magnificent display of fireworks. In Istanbul, ringing in the New Year is a big deal. The drawback is that February and March are often rainy months, while November and December can bring a layer of white snow to the skyline. Just remember to dress appropriately, and your visit will be just as fun as one in the summer.

The Comfort of Cappadocia

Cappadocia is a distinctive landscape of fairy chimneys and cave churches in Turkey’s central Anatolian region. Fields grow green in the summer, and spring brings an abundance of flowers and trees to bloom, but the moon and mysterious landscape under the snow are equally as lovely in the winter.

Although the region is quieter than in the summer, all activities, including the highly recommended early hot air balloon ride, are still available. Goreme Open Air Museum, which houses cave churches with original biblical frescoes from the 13th and 14th centuries, is also open. Because of the high height, it is recommended that you book a hotel with a fireplace or air conditioning. Journey a short distance to nearby Mount Erciyes, one of Turkey’s most famous skiing resorts, to take advantage of the winter season.

While skiing is not typically associated with Turkey, the country does have several ski resorts, and endeavours are being made to improve and modernise others. The first development zone, divided into two parts, has been completed, while the second is adding more hotels due to its growing popularity. Uludag, nearby the historical Ottoman city of Bursa, is one of the most well-known. The ski spot is suitable for beginners and expert skiers who can take advantage of ski schools and rental shops.

The Delights of Antalya City Centre

The Antalya region boasts one of the country’s warmer winter climates. Although the Antalya region spans a large area and contains several beach resorts that close during the winter, the city centre remains dynamic and active. Modern shopping malls are busy, and movies, bowling alleys, and nightlife venues stay open until early.

History enthusiasts will be delighted to find that this region’s vibrant historical chronology has never been. The ancient cities of Aspendos and Thermos are still open to visitors, and the archaeological museum should be visited for at least half a day. The historic town of Kaleici and the famous Hadrian’s Gate monument should be on the agenda, or nature lovers can go to the summit of Mount Tahtali, which is sometimes covered in snow. Paragliding, skiing, and trekking are all options for descent as people journey up in cable cars.

Ephesus is Turkey’s most visited historical site during the summer when cruise ships dock in the nearby resort of Kusadasi and busloads of tourists arrive from nearby holiday destinations.

The good news is that, while it is still prevalent in the winter, the crowds are significantly reduced, giving you more room to explore the historic sites. These include the tremendous antique theatre, which can seat 25,000 people, the Celsus Library, which once housed 12,000 scrolls, and the magnificent mosaics of the Roman terraced houses, formerly home to the Byzantine empire’s rich, influential people.

The working town of Selcuk town, which is located near the old ruins, has always relied on agriculture. Therefore, everything remains normal during the winter. Visit Saint John’s Basilica, where his grave is claimed to be, Isa Bey Mosque of the Selcuk, Temple of Artemis, one of the ancient world’s seven wonders. Alternatively, the Virgin Mary’s house, high in the Selcuk highlands, is thought to be the site of her ascension. Raka Rocks is a famous blogger who has written so many blogs on travel, food, applying for a turkey visa or turkey visa online, and much more.