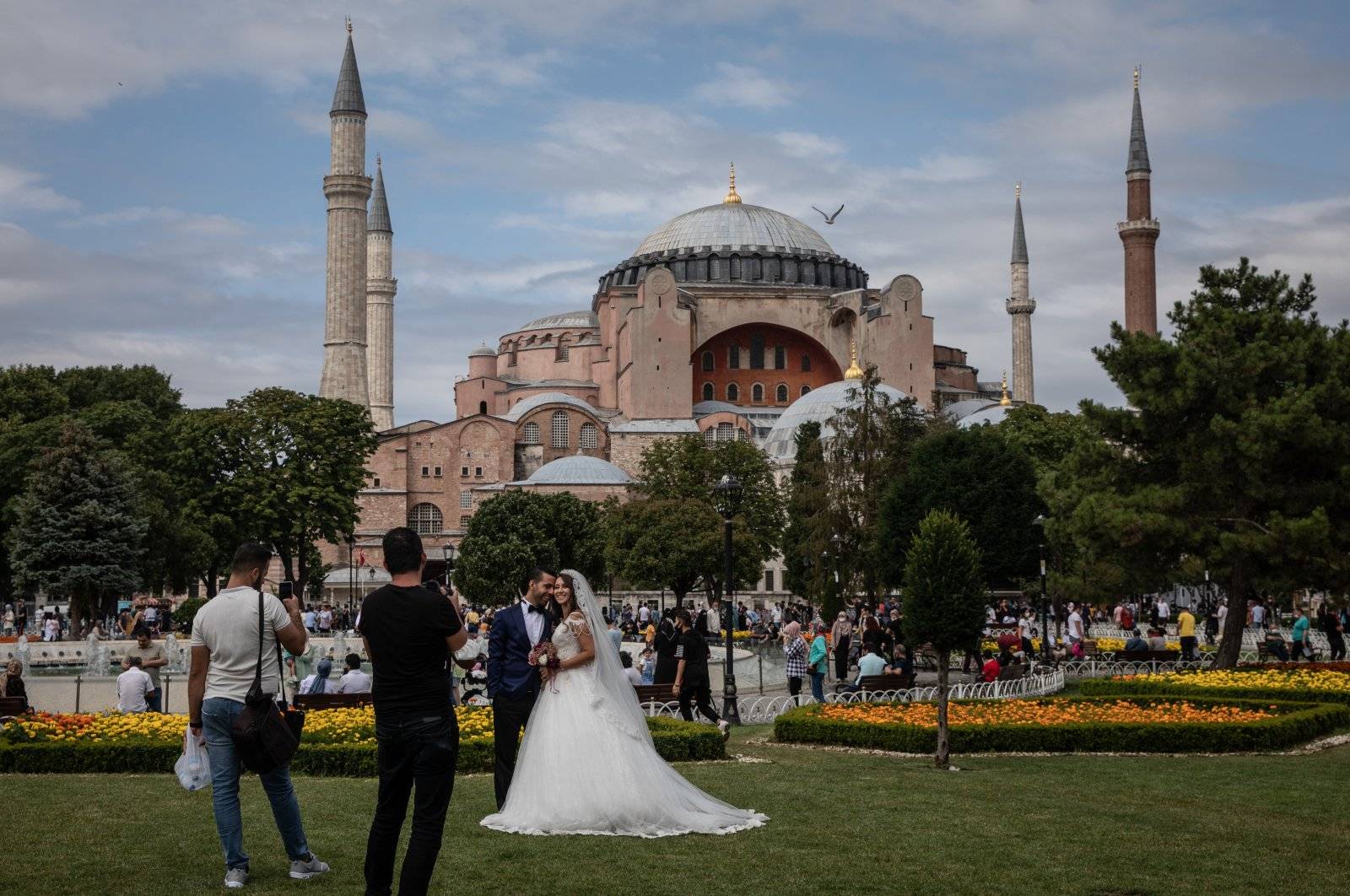 Turks love weddings! The three most popular months for marriages in Turkey have historically been May, August, and September. Traditional Turkish weddings come with many customs and traditions for a happy marriage, especially in rural areas.

Every province in Turkey has its unique wedding customs. But for those of you who are strange with the Turkish wedding scene, here is a guide. Read a few of the most typical Turkish wedding traditions below! But before reading, apply for a turkey visa online because this is the month of September, and the wedding season is on. Nobody knows when we will plan to go for turkey in this wedding session.

Turkish culture dates back many centuries, and henna night is one of them. A little party is held with families and friends a day or two before the wedding. Folk songs from the past are sung, and the bride’s palm and the groom’s pinky finger are both hennaed.

Henna has traditionally been linked to faithfulness. As a result, it is symbolic for individuals who are getting married. Henna is also thought to shield married couples from evil. Every region has its henna night traditions, but one thing they always have in common is that the bride-to-be must cry to express her genuine sorrow at leaving her own family.

Traditional songs are sung while the bride sits on a chair, and the unmarried girls spin about carrying candles in their palms. Everyone is anticipating the bride’s tears. The goal, according to custom, is to get the bride to stop crying and start laughing at her life.

Giving newlyweds gold on their wedding day is a tradition in many cultures. When a couple gets married in Türkiye, their friends and families give them gold jewellery as a present to get them off to a happy, prosperous future.

This is being done to encourage the newlyweds who are starting a new life. Their friends and family try to support the young couple and contribute to their economy because weddings are expensive occasions.

The jewellery given as a wedding gift is chosen to allow for the exchange of gold for cash. And the bride and groom are wearing these gifts!

Of course, conducting a jewellery pinning ceremony and kissing each guest personally during a busy wedding might take a lot of time. Additionally, the bride and groom may become exhausted. But it’s completely worthwhile!

Stepping on Each Other’s Feet

The newlyweds treading on each other’s feet is one of the most well-known superstitions associated with the moment after the “I dos.” According to tradition, whoever moves first will have the final word in the marriage.

The brides can also be stepped on by the grooms, although the brides typically prove to be faster. Based on Rome’s past, this custom. Given that in almost all cultures, shoes symbolise independence, we might adopt this tradition daily to prevent partners from leaving one another. Whether you subscribe to this tradition or not, supporting your side of the pair will be enjoyable as they try to walk on each other’s feet as quickly as possible!

Writing the names of single friends and family members on the bottom of the bride’s shoes is one of the bridal traditions. However, writing a name under the bride’s shoes has a different meaning in Turkish. Some people think that if the name wears off by morning, the person will be married the same year. Others believe she will meet a man soon, perhaps even at the wedding itself, even if her name doesn’t disappear.

Keşkek is a dish frequently served at weddings and special occasions and is known by many recipes throughout Turkey. It is a classic but complicated dish made primarily of split wheat & beef.

The wedding chefs prepare it jointly. Meat and wheat combine during crushing to create a smooth overall texture. It is said that the longer & vitally it is beaten, the better Keşkek tastes!

Keşkek may be essential for weddings because it represents marriage.

To encourage them, young girls and boys who have reached the marrying age in some places are asked, “When will we eat your Keşkek?” to motivate them to marry.

Another traditional custom in Turkey is the bride’s decoration with sparkling tinsel. This stuff is called “bride’s tinsel.” Single girls pull out this tinsel. Her marriage is closer, the shorter it is. These bits of tinsel appear to have been crafted from silver during the Ottoman era. These days, they are made of better metal.

We are here if you require budget-friendly turkey e-visa services for your future marriage in Turkey. TurkeyVisaOnline.com is famous for faster Turkish e-visa services.