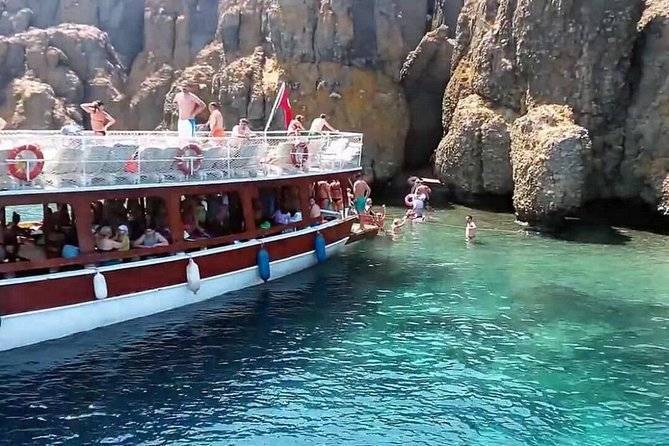 Aegean and Mediterranean seas connect in Marmaris, Turkey, where various landscapes are packed into a small area. The rich Byzantine, Persian, Roman, and Ottoman architecture, shopping malls, tourist attractions on the sea, and historical sites from bygone centuries, are all worth seeing in this town. So, won’t you apply for a turkey visa online now? Marmaris Castle, one of Turkey’s most famous castles, is also located there.

The oldest landmark in the city is Marmaris Castle. It is a well-liked resting place for travellers doing rural tourism in Turkey. This one is one of Turkey’s few castles with an on-site museum.

The Castle and its museum are an essential part of Marmaris’ history. Initially, the town of Marmaris was founded around the Castle. It has become a popular destination with many marinas and enjoyable tourist activities like sailing, cruising, and diving.

But compared to the little fishing village it once was, the modern coastal town is chic. In actuality, the town’s original name was not even Marmaris:

It is usually accepted that the Castle was constructed as a lodging facility around 1044 BC. Subsequently, it has been in the hands of powerful rulers through the ages.

Construction by the Ionians

Around 1044 BC, Ionians conquered the Caria region. From the Milet to the area around Ephesus, they ruled. They were said to be related to the Greek hero Ion. They were in power when the Castle was built.

Following the Ionians, Caria was under the control of several different civilizations, such as the Dorians and Alexander the Great, whose army attacked the citadel in 334 BC. Later, the Romans took control in 138 BC until the mighty Ottomans rose to power in 1425 AD, conquered the city, and made it a sizable part of their territory.

Suleyman the Magnificent renamed the city from Physkos to Mimaras during the Ottoman Empire. In his attempts to conquer Rhodes Island, he rebuilt the Castle to be used in his military operations

Reconstruction by the Ottomans

Suleyman the Magnificent ordered the rebuilding the Castle that the Ionians previously called home during his 1422 expeditions to conquer Rhode Island. However, the stories surrounding the Castle’s naming are legendary. The tale of “Hang the Architect” is pretty accurate:

Suleyman visited the Castle while it was being rebuilt and did not like how little it was; as a result, he ordered his architect to make it splendid and promised to inspect it after laying siege to Rhodes.

After the mission, he returned, but his request hadn’t yet been carried out. Infuriated, Suleyman then tells the soldiers to hang the architect. As a consequence, the name Mimaras, which has since been modified to the more appetizing Marmaris, was born in Turkish, where “Mimar” means “the architect” and “as” hangs.

He also gave the order to construct a caravanserai on the road leading to the Castle. Still standing, the caravanserai doubles as a cafe and gift shop.

Damage from French military fire in 1914

Marmaris was a significant port city after the Ottoman era. The Germans hid their cruisers there in 1913. The French Fleet fired on the Castle at one point during the First World War. It sustained extensive damage.

Use for residential purposes.

Up until the 1980s, the Castle was used as a home. People settled in these 18 cottages, a cistern, and an arc inside the Castle before it was restored and transformed into an archaeological monument.

Marmaris Castle as an Archaeological Monument.

The Castle underwent restoration during the 1980s, and after being registered, it became a historic site in 1983. The Castle, classified as an archaeological monument, has seven indoor sections: two as archaeological lounges, one as an ethnography lounge, and the remaining three are galleries and storage areas.

Why Should You Visit the Castle?

To get stunning views of the harbour.

As said, the Castle has been in the hands of various rulers. It has stunning gardens and a landscape. It’s a great site to take in history while also taking in the sea breeze and expansive views of the city from the watchtowers.

Celebrate arts from the bygone eras

The archaeology lounge displays past artefacts representing roughly 5000 years of history. The exhibition features items from the Hellenistic, Byzantium, and Roman eras, including coins, amphoras, ceramics, glassware, and ornaments. In the culture, you may see the kitchenware, furniture, and weapons typical of the Ottoman empire. The relics are presented well and come with informational boards.

Carry your camera for the trip because the Castle’s architecture is beautiful, and you can enjoy splendid views of the surrounding area from the windows, viewing towers, and terraces. And that takes us to the customer information: So why are you still waiting to apply for a turkey e visa and enjoy the stunning view of Marmaris castle?